I’ve not finished this lot yet, in case you were wondering.


How long does it take to work your way through the entire Yusupov series? To be honest I’ve no idea. If I’d ever heard of anybody making it all the way through I’d have a clue but I haven’t so I don’t.

In February 2017 Quality Chess set the Yusupov Challenge with the goal of completing the series by the end of the year. One book a month? One chapter a day? I seriously doubt many folks came out of that one alive.

The idea was that you could read each of the chapters in 10 to 20 minutes plus around 40 minutes for the 12 test positions at the end. An hour for each chapter? To be honest that’s probably the only thing in chess that’s less realistic than the suggested rating bands that AY himself gives for each of his books. 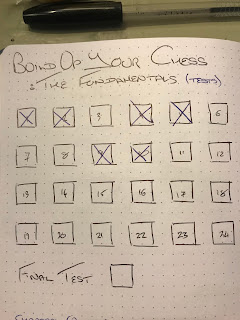 At a rate more realistic for me I’d probably being finishing around now if I’d stayed with the challenge from the beginning. I did start and got through a book and a half before a new job completely boshed everything. 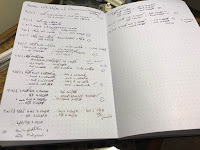 Oh well. I have at least started again now and I’m going back to the beginning.

I won’t be finished by summer 2021, that’s for sure, but I’m on my way again.
Build Up Your Chess Knowing Me Knowing Yu